There are six major train stations in the centre of Paris.  Commuter, intercity and international trains leave from these station.

Many trains make stops at the smaller train station in the Ile de France region. 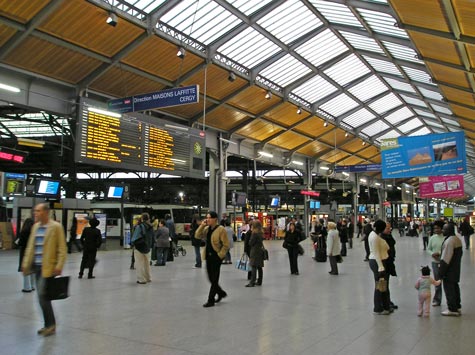 The six large stations in central Paris are: